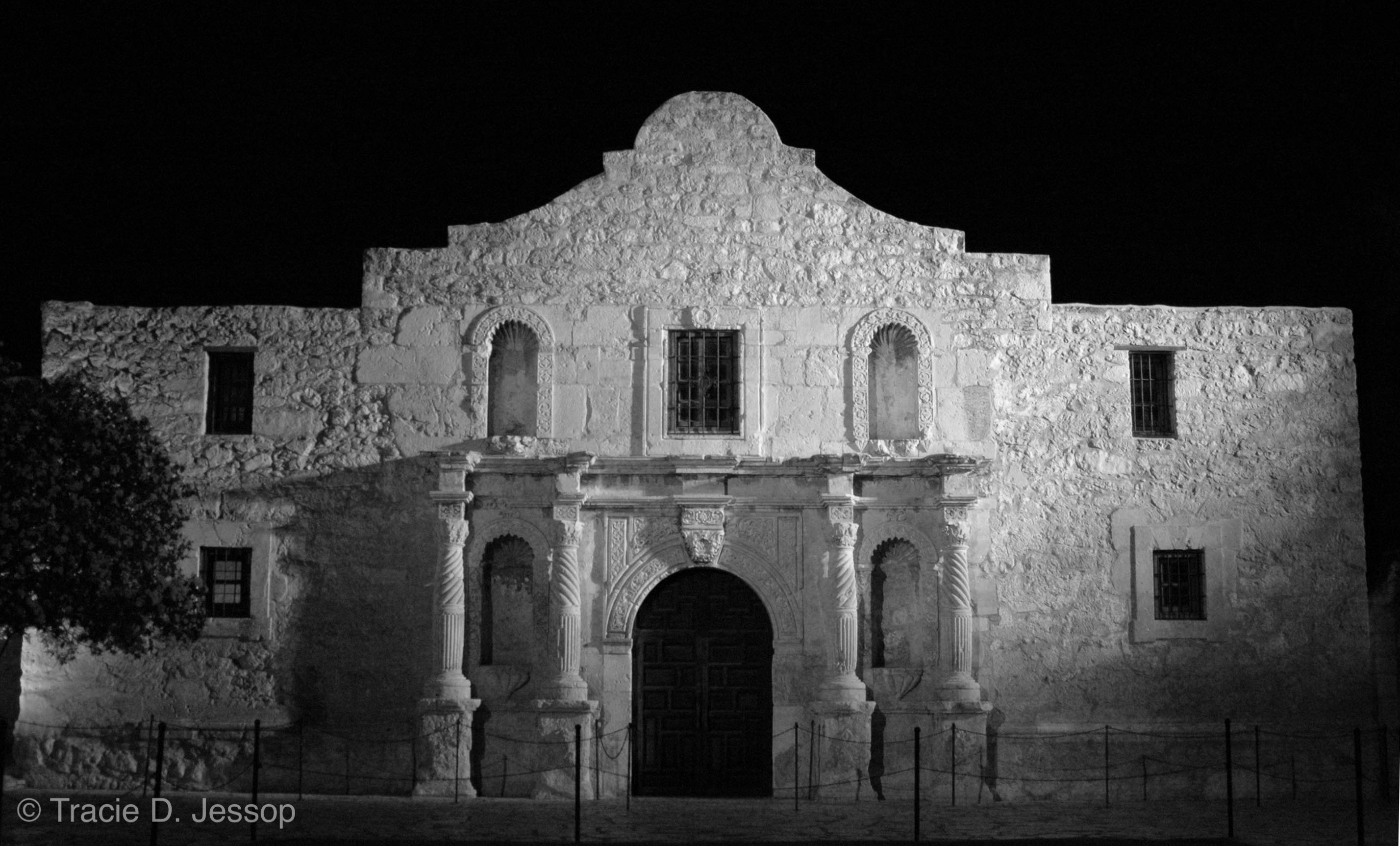 Reaching way back. . .  Ok, way back! in 2006, Ashley and I got to take a long weekend road trip to San Antonio where we saw the Alamo and 4 missions along the Mission Trail, the RiverWalk and SeaWorld!

On arrival day we drove around the area where we stayed, got familiar with where things were and checked into our hotel.

We stayed in a Days Inn closest to the RiverWalk and the shopping center we favored. To be honest it was probably a bit sketch, but it was cheap and clean and customer service was great. I had them put us on a door that faced the office for extra eyes on our door.

One of the shopping areas we happened upon, Historic Market Square, was probably my favorite shopping markets that I can remember as far as the tourist types go anyway! where we found our requisite cowgirl hats, Spanish influenced baubles and I actually found a wooden carved keychain that spells my name with an IE! (which I still have btw)  I know the hats were cliche, but something felt like it was necessary 🙂

After we left the market we made our way on foot towards the RiverWalk, talking us by the Spanish Governor’s Palace

City Hall San Antonio and, what I believe is a building on the back side of San Fernando Cathedral the Cathedral and the Bexar County District Court Building.

The River walk, well, I’ve never been a big fan of overcrowded tourist traps, so it was more like a thing we had to do.  I do love exploring shops for unique items and my favorite spot of the tourist spots was the Historic Market. We spent the afternoon and into the evening at the river walk and had dinner at a Mexican restaurant on the walk also.

Day two was covert education time…Always trying to bring a bit of education to our trips, we headed to the Alamo and spent the day exploring the Alamo and the 4 other missions, Concepcion, San Jose,  San Juan and Espada.

We started in the morning after breakfast at the Alamo and spent time walking around the grounds.

It is hard to choose just a few pictures to tell the story of these missions. The stories these walls must be able to tell us. After the Alamo we continued on to the other 4….

I thought the best time of day to see the Alamo was late at night.  Of course, if you want to tour it, go during the day, but do not miss going really late at night, lit up and the crowds home for the night was a very peaceful, more relaxed time.

One afternoon we found a petting zoo, where Ashley got to bottle feed some goats and play with other farm animals and we saw some snakes, pigs, chickens and beautiful peacocks.

SeaWorld; was amazing.  The tickets were a gift and the side trip unplanned, but this was a lot of fun,  Ashley rode her first big roller coaster and wow, that was just hilarious!  She screamed and cried all kinds of pleas for her daddy her momma her nanna and her pawpaw to save her… the ENTIRE TIME… HAHAHHA when the coaster slowed to a stop she, almost cartoonishly, went from fear to adrenaline then a huge smile where she begged to go again…we did.  Lol !

This spitfire was wearing knee socks before roller derby made it cool and she rocked the style with confidence. 😉 This was also her, ‘gonna be a photographer like mom’ phase. I do miss those days.

My favorite parts of the trip were seeing the Missions and other beautiful old buildings sprinkled throughout the city. Hers was probably the petting zoo and SeaWorld but I know she has fond memories of exploring the trail too.