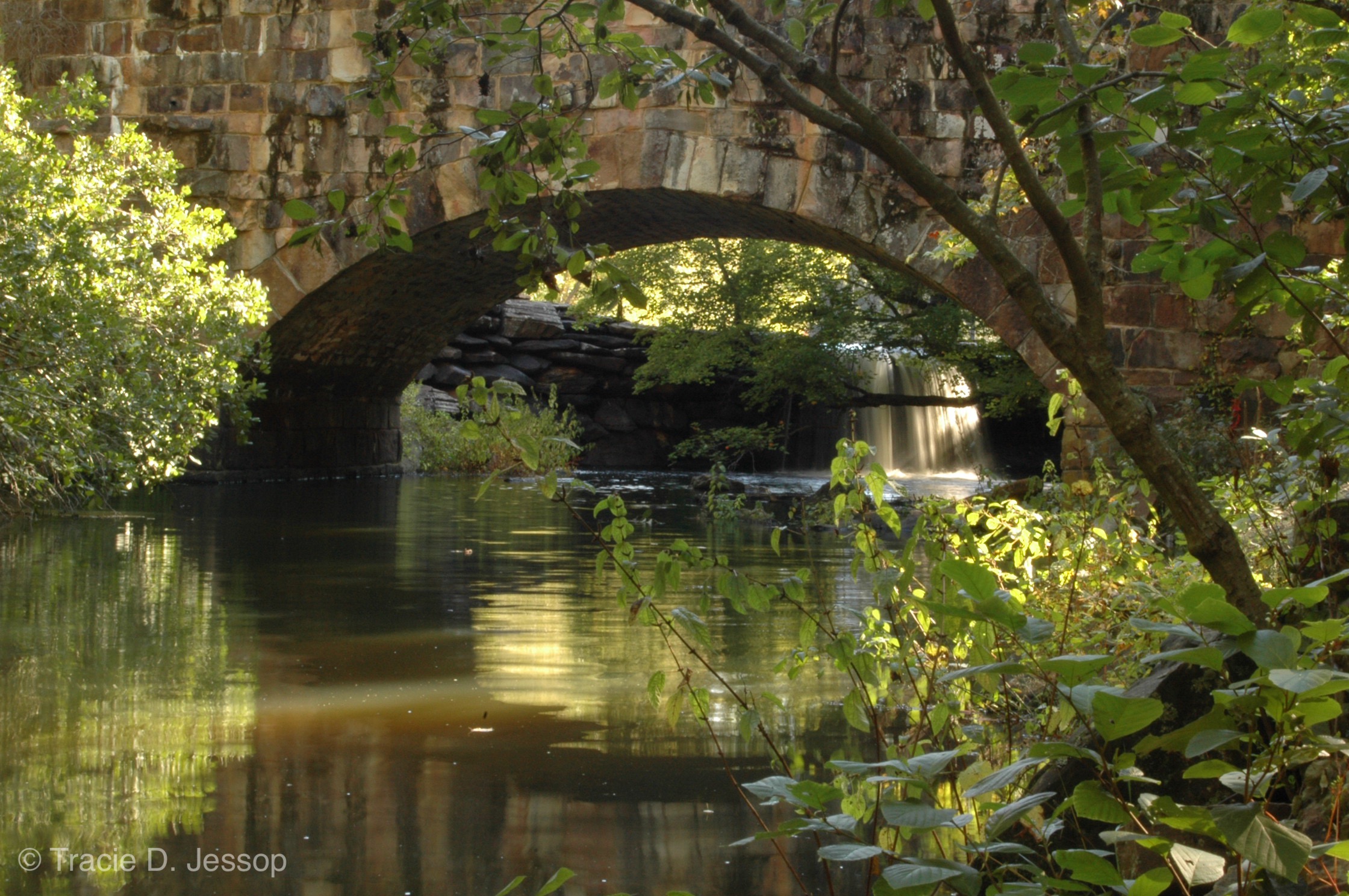 This weekend I wanted to take Ashley and the dogs for a little hike and my finger landed on Petit Jean State Park in Arkansas. Situated just north of the Ouachita National Forest, this is Arkansas’ first state park!

We had to start out early and make the drive from Memphis, which was a few hours (I love a road trip too!). We arrived fairly early and set off on the 2 mile round trip hike. Lol. It was a 2 hour drive for two miles of hiking, but it was also a ‘moderate to strenuously’ rated hike and I had a 12 year old and two dogs. I also chose the hike for the waterfall reward at the end!

This first little waterfall is a bit hidden and found just at the entrance of the park, I believe, and you kinda need to know to look for it… but I knew and had to spend some time round this little bridge before the hike.

The fall foliage and fauna were so beautiful. I was loving the way the light was playing with the orange leaves.

This hike had lots of water to see along the way, which I always love.

And the waterfall reward at the end!

This is such a beautiful area to explore and the views on the drive are spectacular! These times spent with my daughter were so special to me 💕

If you live in Memphis or area, I highly recommend checking out this beautiful state park only 2 hours from Memphis (Bartlett!)!!

All photos here are shot with my Nikon D70 digital. This was my first digital camera after having shot on film. I believe we were at 600 megapixels at a 2240×1488 file sizes here. 🙂