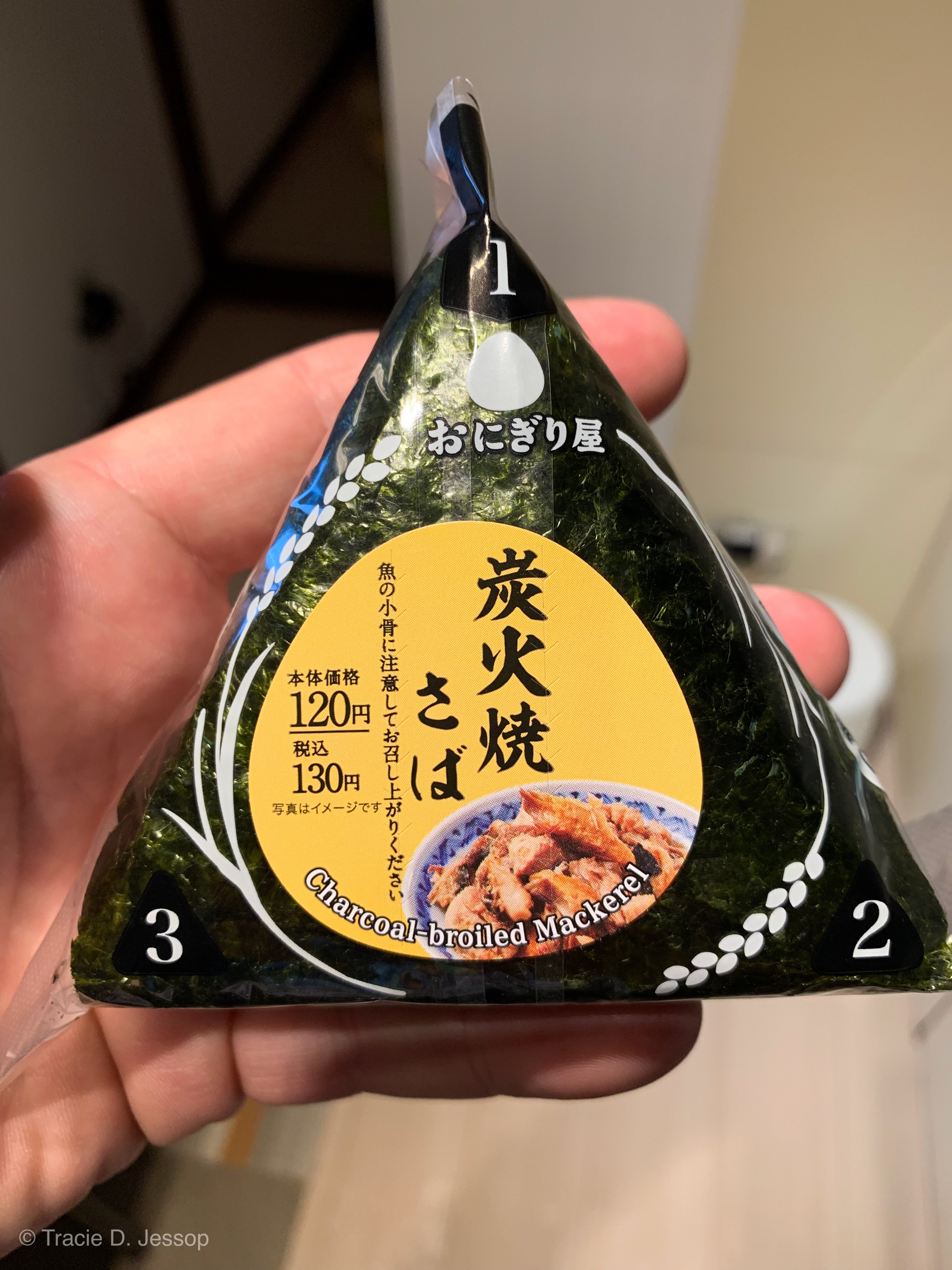 The food culture in Japan is strong. And it is delicious. It is elegant, pretty and perfect. And sometimes weird. Mostly just different, cheap but of the best quality and abundant.

We were in awe of the quality of the convenience store foods. 7-11, Family Mart and Lawson’s were the standards and they had great options from packaged to hot and fresh.

Another convenience store snack. A salmon roll. It is wrapped in such a way that the salmon is not touching the rice, then opened properly, the packaging pulls away so they only touch when you’re ready to eat. Greg loved them. I never tried them, I was snacking on fruit chews, hard candies, I’m not as much of a snacker at night :0. I didn’t take any pics of my fruit chews, but they were really yummy too. 😉

Squid and fried chicken from the convenience stores. Greg enjoyed both.

Fake food. It’s such a thing there. It is considered an art and you can take classes and workshops to learn the art of making it! Many restaurants have a display of their menu items.

Vending machines, everywhere! Some with beer, some with cigarettes, mostly with juices, coffees and usually a choice of soda, but not a lot! Some restaurants even used ticket machines for ordering food! Don’t forget your hot corn drinks too!

This was one of Greg’s favorite finds from the vending machines. It’s grape juice, yes? Yes, with chunks of real grapes in it and it’s ice cold!

Corn seemed to be a thing too. My boss swears that the hotdog bun with the corn/mayo filling things are delicious. We took his word for it. Gotta love the sushi elote! Lol

While, regrettably we did not sample as much from the street food vendors as we would have liked, hey were plentiful! And looked and smelled amazing!1. Some of the freshest foods!

Here we took time to check out the various garden finds at a neighborhood produce market. A few of the shots were finds in Train Station shops and outside one of the stations, I believe.

All the train stations had grocery stores and malls attached to them where locals would shop too. Fresh spices, pickled fishes, fresh bento boxes were among the cheap and plentiful options at any station we passed through.

Lastly, and not good related, but definitely machines centric…Video games, betting machines, gaucho-on and arcades are a big form of entertainment in Japan also!

Flowers and gardens in Japan