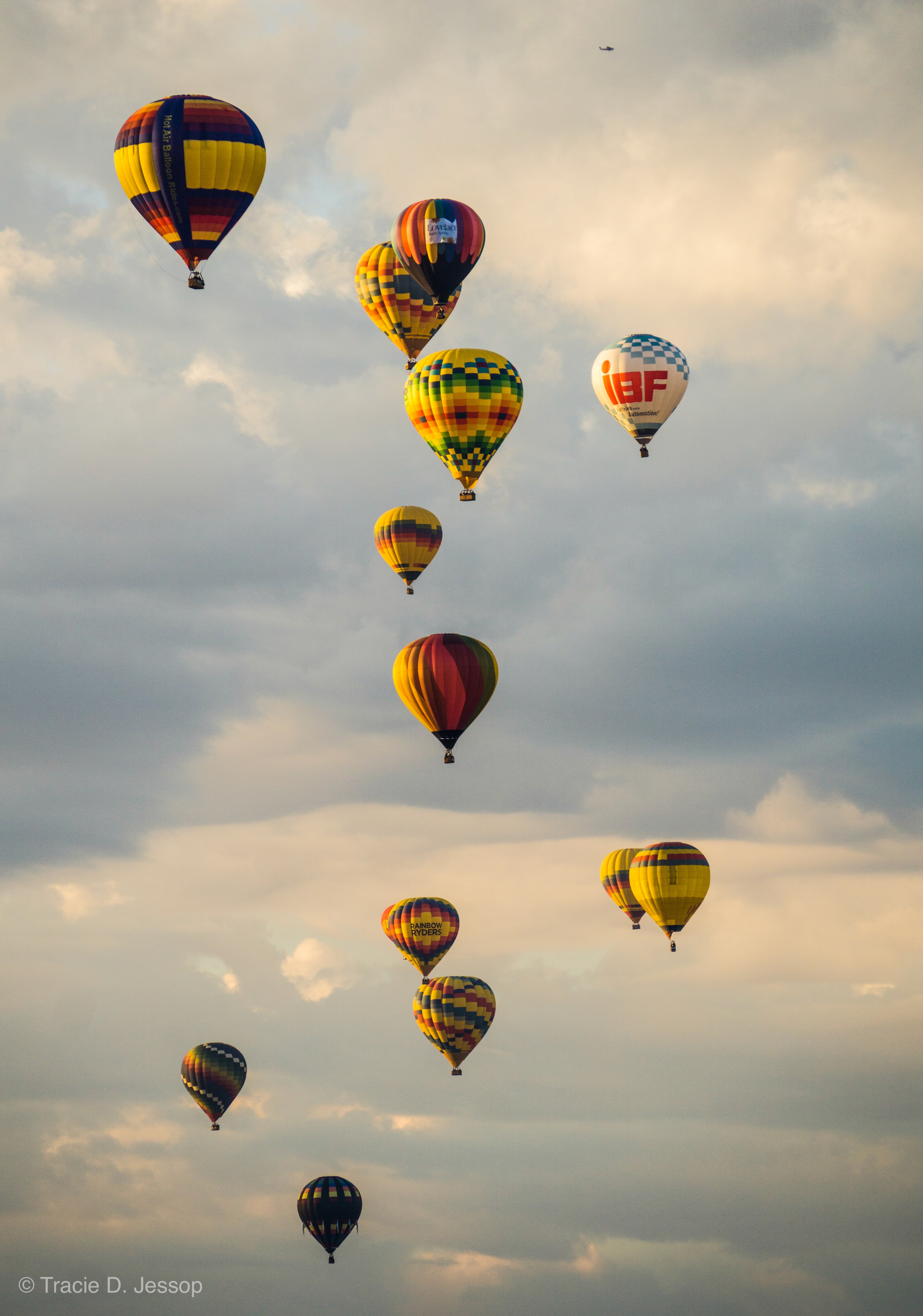 This was a true bucket list photo opportunity for me! My daughter and I wanted to take a road trip on a long weekend and we have never seen Colorado, and so that’s where we decided to head off to. As my luck would have it, it was the weekend of the balloon festival, the largest in the states and world known.

We were able to get into Albuquerque the evening before opening sunrise flight, which allowed us to scout out the perfect spot outside of the festival grounds to catch some great photos. We only had the morning to catch the sights and I preferred to have the viewpoint away from the crowds and wanted to chase the balloons a bit so we did not buy tickets to go into the festival grounds.

We picked a most perfect spot too! We were up at like 4 am, Ashley ways a good sport :). And we were in place just in time for the very first balloons to taking flight right at daybreak! The moment was exciting and I was so excited to catch the fire in the balloons on an overcast morning.

We couldn’t have asked for a better sky, the morning sun and overcast sky gave me lots of lighting to play with!

All of the balloon characters were fun to spot and identify, some were hard to figure out! Lol

I was very excited for the water to catch reflections in!

We caught up with some landing balloons to complete the chase. I love that part of these events ! After a stop at a super busy Starbucks we were on the road to Denver and Winter Park!